Welcome to the Week Ahead, a free weekly newsletter that gives a reader macro technical insight about the most important financial markets such as Index futures, commodities, currencies and crypto.

In this weekly outlook, I will provide you will significant weekly and daily levels across different markets; on some occasions, I will get biased towards possible scenarios, but I will do my best to keep things neutral.

Markets constantly change, so you must implement your strategy and trade execution around these levels. Nothing I say should be used directly as financial advice or traded blindly.

This newsletter is free and will stay free; if you want to support my work, you can sign-up on Bybit (for crypto) or IC Markets (for Forex and CFDs).

Those who seek a deeper understanding of trade execution and want to be part of a private community can consider joining Tradingriot Bootcamp.

For any questions, don’t hesitate to contact me at tradingriot@gmail.com.

We are looking at a relatively calm week before FOMC (on the 4th of May).

The only thing that stands out for this week is GDP in the US on Thursday and PCE on Friday.

On Wednesday, those who trade Australian markets (or Australian currencies in spot forex) should pay attention to CPI.

Besides regular events, this week is also filled with earning reports, these will bring volatility, especially to index futures and possibly Bitcoin as well.

After failing to make a new high on the weekly chart at the end of March, the popular ES could not catch a bid for three consecutive weeks.

And the dramatic selloff escalated, especially at the end of the last week.

Although we are currently sitting on the prior year’s VWAP (Volume weighted average price), you can notice that after acting as solid support at the start of 2022, the level was traded back and forth, which gives it very low significance.

Between 4100 and 4000, there is a visible gap in volume which can act as a solid level of support once visited.

My area to look for longs would be on a possible “stop-run” at 4100, which is the current yearly low, or if things get terrible, I will look for longs around 3900 after filling the volume gap.

Looking at the Daily chart, you can see that the market is reaching the area of the previous consolidation, where 2021 VWAP is, which decently sized high volume node.

This level can act as support, but the fact of no excess at the lows is a turning point for me to bid it blindly.

If the price rallies from here, it should find resistance between 4400 and 4430 levels.

The correlation between S&P500 and Bitcoin only grew stronger since the start of the year.

It is hard to imagine the scenario where BTC will have any significant rally without the S&P500 reaching any turning point.

On top of that, Bitcoin is sitting at the Point of control of last year and a half of trading.

The rule of thumb with points of control is that you want to use them rather as targets instead of areas where you will facilitate new trades as there is usually a lot of back and for activities where a lot of volumes were executed in the past.

In other words, you don’t want to “diddle in the middle” when trying to capture large moves from here.

Purple boxes on the chart highlight the nearest weekly areas where supply and demand stepped in in the past; as you can see, they had fair amounts of tests this year; therefore, you can assume they break upon the subsequent tests.

For the downside, the first target would be $33,000, but if the price reaches there, I would expect a liquidation event below $29,000.

If we manage to catch a bid, the first weekly resistance level can be expected at $48,000, but the same as with the downside, I would then assume a rally towards $52,000.

If we zoom in on the Daily chart, we can notice that we are forming a possible three-drive pattern (not confirmed before daily candle close and lower timeframe structural shift) around the areas of daily support where we bounced from last week.

Although I am not a fan of the lack of excess around $37,000, I am not ruling out the possibility of a short squeeze toward the last week’s high or even $44,000.

Trading around a Point of control can be tricky as markets tend to experience more “choppy” behaviour; therefore, if you decide to execute, make sure you are taking only your A+ setups.

One of the widespread misconceptions is that the dollar index is directly inverse-correlated with the price action of Bitcoin, S&P500 and other risk-off assets.

This is not true as the Dollar index is calculated against the six Forex major currencies as stated in the official ICE exchange documentation.

Therefore you should look at it in relation to Forex majors (primarily EUR/USD).

Overall the Dollar is very strong as it continues its rally after breaking from the March consolidation.

From a weekly perspective, it is likely heading towards prior weekly resistance at 103 and 103.82.

If there is going to be any significant pullback, the 99.35 should act as support.

Although risk-off assets are not doing well, which should be a primer narrative for Gold to rally, the chart tells a different story.

After last week’s bearish engulfing candle, the selloff kicked off right from the open and Gold is reaching the first level of support at 1888, which is set by the last weekly swing point and the current year’s VWAP.

If this manages to fail, the continuation towards 1840 is quite likely.

If we manage to catch a bid, I am looking at 1965 on a Daily timeframe, a level of prior resistance that got broken, but buyers failed to keep with bullish momentum.

Similar to Gold, Oil is struggling to catch a bid in a new week, and it is consolidating inside the pennant formation.

I am not a chart pattern trader, so this is a signal of volatility compression that often leads to large expansive moves rather than any directional move.

I am leaning slightly more towards the bullish side as we had a bullish engulfing bar on a weekly timeframe at the beginning of the months after making an excess under the prior level of support.

Price is currently retesting current year VWAP at the level of prior demand.

I am looking at the potential strength on lower timeframes further in the week for a move higher.

If this level fails to hold, the next area of possible support is at $86. 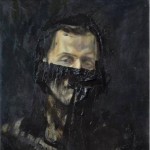